Epilepsy is a disease of the central nervous system (neurological) 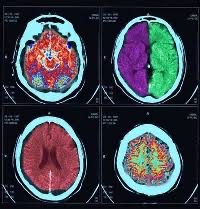 Epilepsy is a disease of the central nervous system (neurological)
when the activity of nerve cells in the brain is disrupted, leading to
seizures. During a seizure, a person has a changed behavior,
experiencing unusual symptoms and sensations including loss of
consciousness. This episodic attack may be short-lived (several
seconds, minutes) or long-lasting (mostly convulsive seizures). 1% of
the world’s population (65 million) has epilepsy. The incidence of
manifestations increases with age. New cases are particularly common
in infants and the elderly in developed countries, and in late
childhood and early adolescence in developing countries, presumably
due to the chronicity (due to mismanagement) of infant and childhood
epilepsy. According to the US data, 1 in 100 people may experience an
unprovoked (caused by any factor) seizure once in their lifetime.
However, a single seizure does not mean epilepsy. Epilepsy is
diagnosed in only 2 unprovoked seizures (type not specified).
Symptoms: Because epileptic seizures are caused by abnormal discharge
that develops in the brain cells, the seizures may disrupt any process
that the brain has to coordinate. Convulsions can be manifested by the
following transient (mostly self-limiting) symptoms: Confusion
(disorientation in time and environment) Uncontrollable convulsive
movements in hands and feet Loss of consciousness or alertness Mental
symptoms (change in behavior and thinking due to change in heart) In
most cases, a person with epilepsy has the same type of seizures, so
the symptoms are similar in each subsequent episode. The doctor
classifies the seizure according to how the pathological activity in
the brain begins (focal or localized or generalized, which covers the
whole brain). Classification: Classification is based on the type of
seizure, the underlying cause, the epileptic syndrome, and also the
condition that accompanies the seizure. The 2001 new project on the
classification of epileptic seizures and syndromes also includes a
list of diseases associated with epileptic seizures. Focal seizures: A
seizure caused by abnormal discharge in one of the areas of the brain
is called focal. G is divided into 2 types of focal seizures (although
with the new classification this division is no longer recommended
because the types are difficult to distinguish from each other):
Simple focal seizures: do not cause a change in consciousness. At this
time there may be an aggressive change in emotion, configuration of
objects, taste, smell, sensations. Involuntary contractions may also
occur in any part of the body, such as the hands or feet; Spontaneous
onset of sensory symptoms such as numbness, dizziness, or flickering
light. Discognitive focal seizures: cause changes in the level of
consciousness or alertness and possibly loss for some time. Often,
such convulsions are manifested by dizziness, aimless movements — such
as shaking hands, aimless walking, chewing, and swallowing.
Generalized seizures: A seizure that spreads to the entire brain is
called generalized seizures. There are 6 types of generalized
seizures: abscess – or so-called. petit mal, characterized by numbness
and slight vibration in the body. May cause short-term loss of
alertness. Tonic seizures – cause muscle tension, mainly involving the
muscles of the spine, arms and legs, may cause a fall. Clonic seizures
– characterized by rhythmic, thrusting contractions of muscles. Mainly
covers neck, face, hands. Myoclonic seizures – sudden brief jerks and
convulsions in the hands and feet. Atonic convulsions – so called.
Drop attacks, causing loss of muscle control, can lead to a sudden
fall to the ground. Tonic-clonic convulsions – so-called. grand mal;
It is characterized by loss of consciousness, stretching and pushing
of the body, which is sometimes accompanied by tongue twitching and
involuntary urination. More than 2/3 of epileptic seizures begin in
childhood